The 2022-2023 Phelan Chamber Miss Phelan Court Has Been Crowned 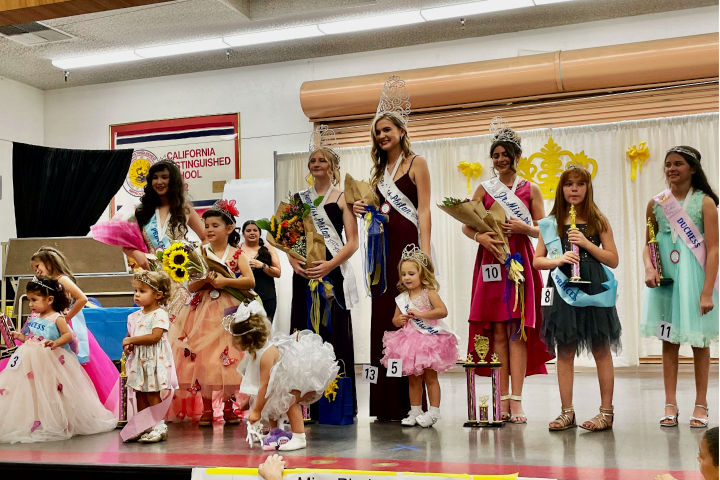 The Phelan Chamber of Commerce’s Miss Phelan Pageant was held on Wednesday, September 28th at 5:00 pm in the Pinon Mesa Middle School Auditorium. Many spectators were in attendance to support and cheer on the twelve contestants competing in this year’s pageant. There were six different age groups, including Tiny Miss Phelan (1-2 years), Petite Miss Phelan (3-6 years), Little Miss Phelan (7-9 years), Junior Miss Phelan (10-12 years), Young Miss Phelan (12-14 years) and Teen Miss Phelan (15-17 years). The competition began with a fun Disney-themed costume category where the contestants dressed as their favorite Disney characters and walked on stage. At the same time, bios were read that included their age, where they attend school, their favorite subject, and their favorite movie. After a quick costume change, the contestants competed in a formal wear category along with an on-stage interview where the young ladies were asked questions such as: What is your favorite flavor of ice cream? Who is your role model? and How is community service important to you?

Before the final crowning began, awards were given for several fun, non-competitive categories. Twelve-year-old, Sally Lazo, won Best Costume for her portrayal of Disney’s Princess Snow White. Kailee Dones, also 12 years old, won Best Smile, which Phelan Dentistry sponsored. Best Eyes was awarded to 14-year-old Madyson Brown, and Best Modeling to 10-year-old Faith Lopez. Best Interview went to 13-year-old Tegan Steel, who has competed in the Miss Phelan Pageant for the past four years. When asked how she felt the interview process went, she stated, “I said my mom was my biggest inspiration because she is organized and hard-working.” Other categories included Miss Congeniality which was sponsored by UPS Store Phelan and awarded to 8-year-old Angie Hernandez. Three-year-old Taylor Curtis won Best Hair, two-year-old Zaidy Zara Le was Best Photogenic, and the youngest contestant, one-year-old Kaydence Lam, was awarded Best Attire.

When asked how tough the competition was this year, judge Cindy Salbino of Victorville stated, “It’s really tough, especially when you have the little ones because you have to take into account they’re on stage in front of a bunch of strangers […] The older ones, of course, it gets hard because their personalities are really starting to shine.” Salbino has judged the Miss Phelan Pageant for the past four years and currently holds the title of Mrs. Inland Empire, where she focuses on volunteering and advocating for her personal platform on mental health awareness. 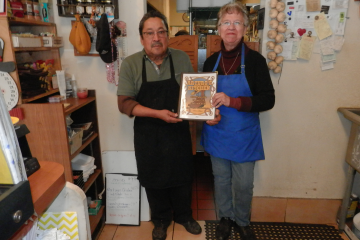