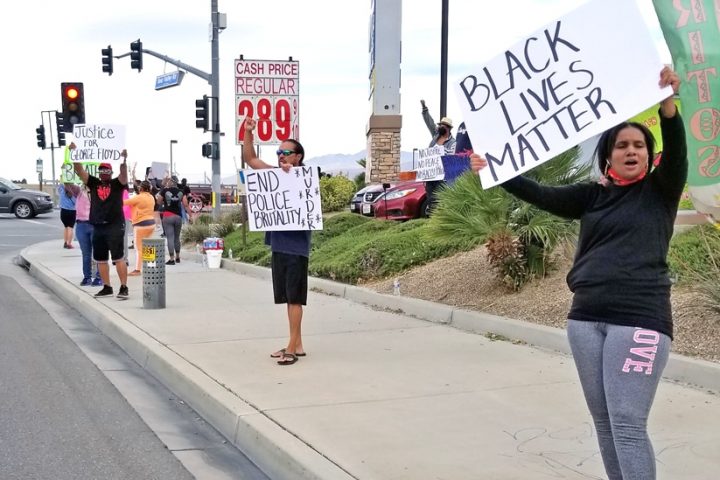 Protesters hold signs as vehicles honked their horns in solidarity.

VICTORVILLE. Calif. On May 30th, a handful of peaceful protesters gathered at the corner of Amargosa and Bear Valley Road, to demand justice for the death of George Floyd at the hands of Minneapolis, MN police. Floyd was robbed of his life on May 25th; a day meant to memorialize the sacrifice of American patriots. Instead, in a year that has already seen over 100,000 American lives lost to the Covid-19 pandemic, compounded by recent events in New York and Georgia, minorities are reminded that in America, equality is not available to everyone.

As protesters of various backgrounds held signs and spoke into bull horns chanting “no justice, no peace. No racist police” in front of the Valero gas station, vehicles passed by and honked their horns in fellowship with the activists. In the days following Floyd’s death, protests and riots have erupted throughout the country.

Raytrice Magee is a Victorville resident and has lived locally for nearly five years. She says that she showed up at the protest to get justice for Floyd, and to fight for equal rights. “Justice would be for all four of the policemen that were there to be” charged with murder, she says.

“All we want is justice for the injustice. That’s why we are here,” says Ralph Davy, a High Desert resident of over 20 years. After watching the video of the incident, he says he can no longer sit on the sidelines as people mobilize throughout the country seeking justice. “You can only sit for so long. It’s time for people to get up.” For Davy, watching Floyd cry out for his mother during the final moments of his life was especially heartbreaking.

“We are tired of burying our sons. Our nephews. Our husbands. Our grandchildren. Our friends. Enough is enough,” says Kim Thompson, a Helendale resident. In 2015, she lost a relative to an act of hatred, Myra Thompson, in the shooting at the Emmanuel African American Methodist Church that claimed nine lives in Charleston, South Carolina. A shooting carried out by white supremacist, Dylan Roof. Thompson says she is sick of worrying for her son every time he leaves the house. Tired of having to worry for her husband when he goes to work to save lives as a nurse at the VA hospital in Loma Linda because police have drawn guns on him in the past, wondering why he’s in a neighborhood they believe he shouldn’t be in. George Floyd was killed in police custody for attempting to purchase food with a counterfeit 20-dollar bill. In Thompson’s opinion, this would have never happened to a white man. Police “would have asked him ‘well where did you get it from. Give me some information.'” For things to change, the good cops need to start turning in the bad cops and get them out of the police force, says Thompson.

Since Floyd’s death, the four police officers involved in the incident have been fired from their jobs. The officer who killed Floyd, Derek Chauvin, has been arrested and charged with second-degree manslaughter and third-degree murder.

What Thompson wants the public to keep in mind during these tense times is that this is not an isolated incident. Next time, “it could be you. It could be anybody in your family that’s not doing anything. That’s in the right place at the right time; just the wrong officer is looking at them.”

Another protest was scheduled in Victorville on May 31st, at noon. 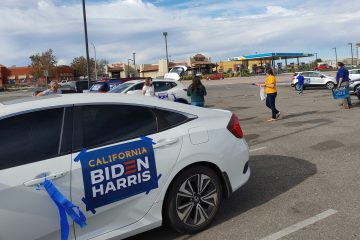 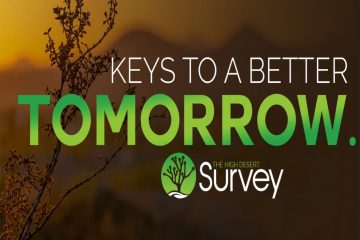 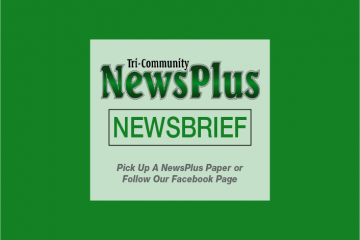 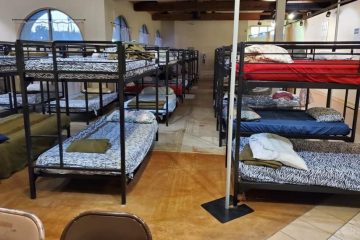