On Thursday, April 23, 2020 over a hundred protesters assembled outside of the Victorville Superior Courthouse to make their voices heard and to demand the reopening of the state’s economy, allowing non-essential businesses to reopen.  At that time it had been 35 days since Gov. Gavin Newsom ordered the states 40 million residents to stay at home in an attempt to slow the spread of the COVID-19 virus.  And, San Bernardino County had 1,578 confirmed cases and 72 deaths.

The rally was organized by a private Facebook group called Reopen, California, and attendees wore patriotic colors and waved American flags and signs.  Also noticeable was the amount of President Trump reelection attire.

Jessica Abrego is a Temecula resident and attended today’s rally with her two grade school-aged daughters.  “I am standing up for the freedoms that I fight for.v For me and my family,” says the 14-year member of the US Armed Forces. “We should be able to live our lives and not be stuck at home in fear.”  In her opinion, the stay at home orders are blocking the public from getting herd immunity.  But, for that herd immunity to happen, it would mean the virus was given free reign to do what it is going to do.  A strategy that could possibly cost millions of lives in the US alone. “The reason for the lockdown is constantly changing,” she says.  “I get that people are passing away.  But people pass away from the flu, people pass away from old age, people pass away from heart attacks, but they’re not closing down McDonald’s.”  Abrego admits her main source for news about COVID-19 is the President during his daily briefings.  Neither she nor her daughters wore any PPE.

Attending the rally were also a few people protesting the protesters.  One such person was Valentin Godina, a Victorville City Council candidate.  He was riding in the back of a trailer that had a speaker and microphone setup and was being pulled by a van.  His message was clear. “Healthy Americans!  That’s the only way we’re going to beat this.  If we’re healthy,” he said to the crowd as they yelled for him to go home. “Let’s use some common sense today.  Let’s be healthy.  Stay at home and be healthy.”

Throughout the rally that lasted from noon till about 1:30 pm, vehicles circled Civic Drive honking their horns in support of the protest.  Also scattered in between were some vehicles that supported the healthcare workers risking their lives for their communities.  At one point, a vehicle supporting the healthcare workers with signs taped to his windows was stopped by the protesters and forced to endure a verbal assault for several minutes until authorities came to disperse the crowd.

Jeff Simpson Sr. attended the rally to oppose those who want the stay at home order lifted.  As the husband of a nurse who works at the St. Mary’s Medical Center ICU, he knows the virus should be taken seriously.  “They’re out here making it a Trump thing,” he said about the protesters.  Indeed, many are dressed as if they’re attending a Presidential reelection rally clad in Trump/Pence 2020 gear.  “I’m supporting the nurses, I’m supporting the doctors.  Supporting the frontline people that have to take care of these people because they’re not listening to what scientists are telling them.”  In Simpson’s opinion, the President fans have hijacked the reopening cause. Throughout the rally, he’s sat in his chair, holding a microphone attached to some speakers he brought with him. He says that several times people have come over to him and gotten in his face.  Although, he admits it could have something to do with the shirt he is wearing that reads “f*ck trump.”  But as an American, he has First Amendment rights too.

What Simpson wants the public to keep in mind during these tough times is that opening California early would be a grave mistake.  “They’re saying this virus is fake. Tell that to 47,000 plus people who are dead now.” 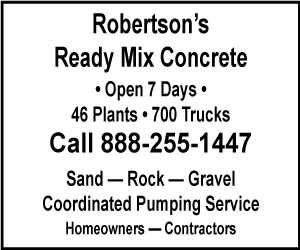