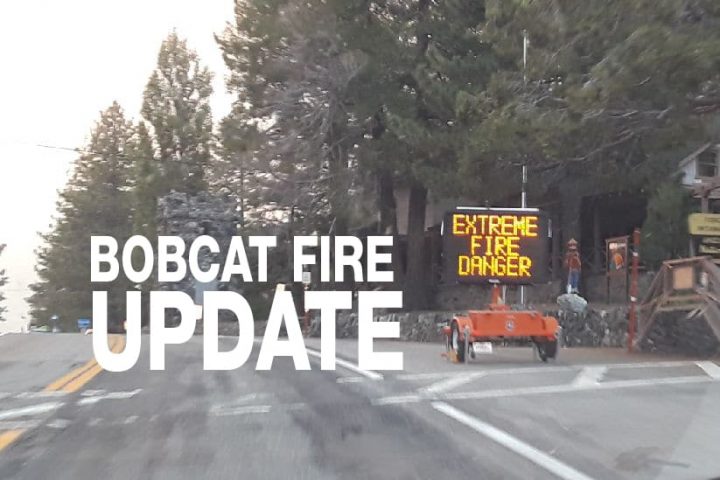 Critical Fire Weather is expected this coming week. Crews are working hard to contain the fire before this happens.

NOTE: NewsPlus will only be posting an Evening Update from this point forward. We will continue to update our Facebook page through the day as necessary.

With expected critical weather conditions to occur early in the week, today, fire crews worked on building and fortifying containment lines, mopping-up, and they continued to monitor the perimeter of the fire. The fire was active around Mt. Lewis which backed its way down, at a slow rate of spread, to the Manzanita Trail in Big Rock Creek. Crews prepped the trail and they have a hose lay on the trail. They will continue to monitor the fire and mop-up as the fire backs down towards the trail. The fire is also backing down into Dorr Canyon, which is a wet drainage and they are expecting limited fire behavior and no additional growth. Helicopters were working the area off and on all day. One of the Helicopters on the fire experienced mechanical issues forcing the pilots to make an emergency landing near Highway 2. The pilots were able to land safely and there were no injuries. Because of the higher temperatures and lower relative humidity more pockets of heat and smoke have been observed in the north desert valley floor areas of the fire’s perimeter.

San Bernardino County Sheriff’s has lifted the evacuation warning for Pinon Hills. However, Wrightwood is still under an Evacuation Warning. Additional evacuations warnings were lifted in the Antelope Valley as well. See the list of evacuation orders and warnings below. SCE has begun replacing power poles and downed power lines and restoring power to Antelope Valley communities.

Tonight crews will continue to patrol and monitor containment lines. In the Mt. Lewis area and around the southeastern fire’s perimeter, night resources will be in place to monitor and hold existing lines. Additional resources will be available to help mop-up and conduct cold trailing along the north end of the fire.

The Bobcat fire is now mainly burning in the northeast and heading to the northeast. Fire officials are expecting there will be minimal growth between 500 to 1000 acres.

Incident Command predicts that beginning tomorrow, “high pressure will bring warmer and drier conditions than today and winds will shift northeast on ridgetops. Santa Ana conditions will bring stronger east to northeast winds beginning Monday morning and lasting through the afternoon. These gusty winds will combine with very low humidity to produce a period of critical fire weather conditions. As a result, a fire weather watch is in effect for Monday for gusty Santa Ana winds and low relative humidity.”

In last night’s update, we learned about the terms mop-up, spot fire, and Slop over. One of the terms used in this evening’s update is “cold trailing.” A crew that is cold trailing is controlling a partly dead fire perimeter by inspecting and feeling with the hand for heat to detect any fire, digging out every live spot, and trenching any live edge of the fire. [from NPS/USFS fire terminology list] A “moderated” fire is a fire that has become less extreme or intense. A “direct fire line” is a fire line constructed directly next to the edge of the fire. An “indirect fire line” is a fire line built a distance away from the fire’s edge. And finally, a “contingency fire line” is an additional defensive fire line constructed as a backup some distance beyond the containment fire line.

The fire season has only just begun, the Santa Ana’s haven’t officially started yet. A wildfire could erupt at any moment, so please, as they say, “keep an eye out” and know what to do if it happens near you. Successfully preparing for a wildfire requires you to take personal responsibility for protecting yourself, your family, and your property. Visit the SBC Fire website for more information about how you can be prepared. All San Bernardino County residents are encouraged to sign up for the TENS alert system to get notifications via phone/text or to download the Ready SB App. 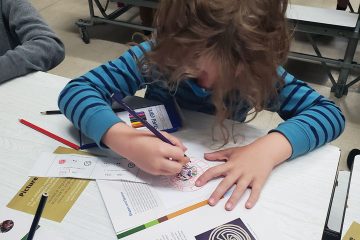