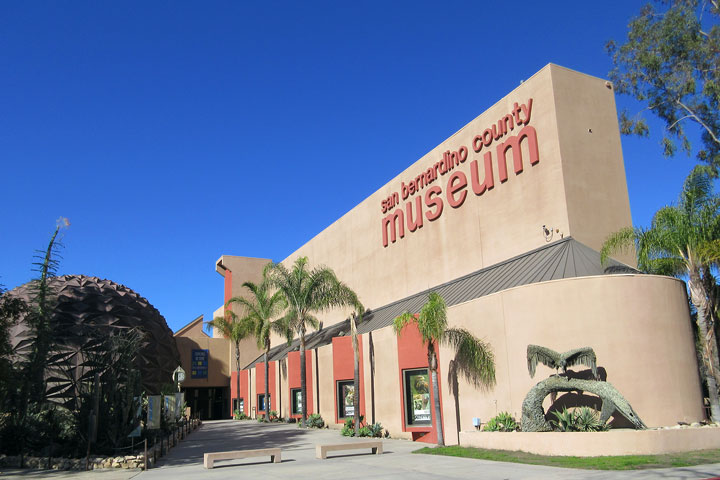 A special exhibit about the creation of the upcoming December 2nd “Curtain of Courage” Memorial opens at 1 p.m. on Thursday, Dec. 2 at the San Bernardino County Museum in Redlands.

The exhibit will display models of the “Curtain of Courage” Memorial, currently under construction at the County’s Government Center. In addition, the exhibit will feature the project’s renderings and video, and introduce Walter Hood, a world-renowned landscape architect and artist who worked on its creation with the families of the 14 victims of the Dec. 2, 2015 terrorist attack and members of the December 2nd Memorial Committee. The special exhibit runs through Dec. 19.

Thursday is the sixth anniversary of the terrorist attack at the Inland Regional Center in San Bernardino. Fourteen people were killed and 22 were physically injured during a training meeting for employees of San Bernardino County’s Environmental Health Services division. A private event will be held for the families and survivors.

The December 2nd Memorial Committee formed in 2016 and held several meetings to establish an overall vision for the memorial based on shared values. The committee determined the memorial should recognize the broad diversity and lives of the victims as well as those who stepped up to preserve and protect life. The memorial would also provide enduring recognition of the County employees who witnessed the attack, many of whom were physically injured and all of whom were emotionally impacted. The committee expressed that the memorial would be a place for quiet reflection, and would result in a space to appropriately and eternally reflect the many important and unique people, stories, and lessons of December 2nd.

San Bernardino County Board of Supervisors Chairman Curt Hagman shared, “The Curtain of Courage Memorial will be a place of reflection where the community can unite in spirit with the families of those lost and injured in this unimaginable tragedy. We will never forget their stories and are honored to have Mr. Hood work on this project which will serve as an enduring reminder about the courage and impact each individual had in this county.”

Hood, a landscape architect, is the creative director and founder of Hood Design Studio in Oakland. He is also a professor at the University of California, Berkeley, and lectures on professional and theoretical projects nationally and internationally. He is the recipient of numerous awards, including the Cooper-Hewitt National Design Award for Landscape Design (2009), the Academy of Arts and Letters Architecture Award (2017), a Knight Public Spaces Fellowship (2019), a MacArthur Fellowship (2019, commonly referred to as the “Genius Grant”), and the Dorothy and Lillian Gish Prize (2019).

In 2021, Hood was elected to the American Academy of Arts and Letters, and the Architectural League presented to Hood the highest honor given to an individual for their exceptional achievements in architecture, urbanism, art, design, and the environment, where Architectural League President Paul Lewis declared that Hood is “one of the most influential designers of public space of our time…”

Hood’s book “Black Landscapes Matter” will be available in the County Museum store during the exhibit.

The “Curtain of Courage” Memorial is under construction on the east side of the San Bernardino County Government Center, 385 N. Arrowhead Ave. in San Bernardino and is expected to be unveiled in the spring.

The San Bernardino County Museum’s exhibits of regional, cultural and natural history and the Museum’s other exciting events and programs reflect the effort by the Board of Supervisors to achieve the Countywide Vision by celebrating arts, culture, and education in the county, creating quality of life for residents and visitors.

The San Bernardino County Museum is at 2024 Orange Tree Lane, at the California Street exit from Interstate 10 in Redlands. The museum is open Tuesdays through Sundays from 9 a.m. to 5 p.m. General admission is $10 (adult), $8 (military or senior), $7 (student), and $5 (child aged 5 to 12). Children under five and Museum Association members are admitted free. Parking is free. For more information, visit www.sbcounty.gov/museum. The museum is accessible to persons with disabilities. 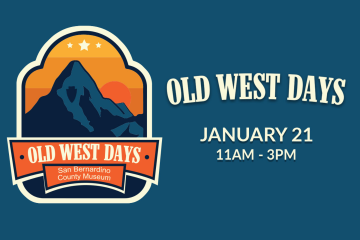 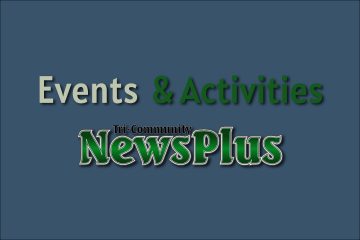 Victor Valley Museum Reopens With “Military In The Mojave” Exhibit