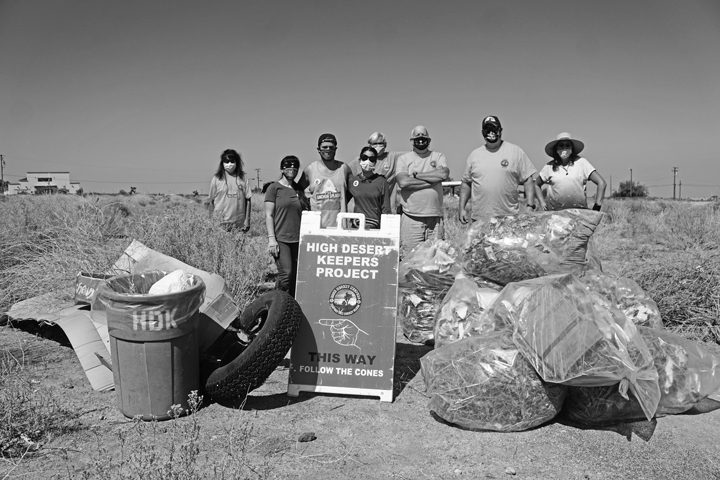 STARTING THE SEASON IN PHELAN: The High Desert Keepers picked up over 30 bags of trash and still need to come back for more at the downtown Phelan location. Trash Troopers were ready to take on the challenge.

The High Desert Keepers kicked off their “trash-collecting” season on September 26, 2020 with Operation Phelan Downtown.  They like to be called Trash Troopers, a group of about ten volunteers, collected trash, tires, and junk from the vacant lot just north of the Car Wash on Sheep Creek Road in Phelan.  When all was said and done, the Trash Troopers collected over 30 bags of trash, several tires, and various junk pieces. They plan to return to this location sometime in October because they were unable to finish.  This is the second time they have cleaned up this location in two years.

Headed by Pinon Hills resident Scott Brown, the High Desert Keepers is a nonprofit created to “do something about the rampant illegal trash dumping” occurring in the High Desert.  Their first official “operation” was in 2016 called Operation Pionero, where they filled two forty yard dumpsters with trash and gathered almost 150 abandoned tires along Pionero Road in Phelan.  “This organization was formed to not only deal directly, swiftly, and aggressively with the problem, but also to institute programs designed to aid law enforcement in the apprehension and prosecution of illegal dumping. We want to make it very public that we are doing so in an attempt to dramatically minimize illegal dumping or, better yet, stop it entirely. And it must stop. This is our back yard, and the vast general public consensus is the desire to see it stopped,” said Brown.  “The High Desert has been experiencing a huge increase in illegal dumping. The problem is massive. Drive down any dirt road, and you do not have to look far to find large piles of trash, construction waste, appliances, boats, and tires, thousands, and thousands of tires!”

Over the last three years, the High Desert Keepers, HDK for short, have removed over 213 tons of trash and tires from the high desert.  They have big plans for the future.  The vision is to raise about $500k to purchase, build and operate one central facility for tire abatement, recycling, hazardous household waste, and a place where people can bring their refuge if they can’t afford to take it to the dump.  HDK is gaining support from many local agencies such as the PPHCSD, the cities of Adelanto, Victorville, Hesperia, and several County agencies.  This is a grand project, a passion of Scott and the High Desert Keepers, but presently their goal is to grow their volunteer base and raise about $2,000 to purchase a van to transport Trash Troopers to cleanups, which are often located in remote areas of the desert.

The problem, explains Scott, is because residents are hiring many “so-called” contractors and landscapers for building projects or yard cleanup, and these “contractors” and “landscapers” who are not licensed or reputable are charging to haul away waste, but not taking it to the dump.  Instead, they are dumping it in the desert somewhere and pocketing the money they would have spent on dump fees.  One way to solve this is not to pay these businesses until they bring back a receipt from the dump, showing that they actually delivered the waste to the dump.  Another issue they are seeing is household waste being illegally dumped because homeowners or renters can’t afford to pay dump fees and is exacerbated by landlords/property owners who don’t allow renters the use of their annually issued “dump card,” which provides access to the dump to drop off waste at no charge up to two times per month.   “Last year, HDK removed 69 tons of trash and tires from an illegal dumpsite near Baldy Mesa.  Almost twelve months later the trash is all back,” said Brown.

HDK’s next cleanup called Operation Aster, will occur starting October 19 through October 25 in Adelanto.  This will be their biggest project to date. Brown is expecting to collect over 80 tons of trash over the week-long cleanup.  The first part of the week will include the core Trash Troopers picking up and hauling the larger items away, but then on the 24th and 25th, they will need about 50 volunteer Trash Troopers to help collect the smaller things.  A video of the illegal dumpsite is located on the HDK Facebook page.  The video is truly jaw-dropping, but reflective of many illegal dumpsites scattered throughout the High Desert only on a smaller scale compared to the Operation Aster site. 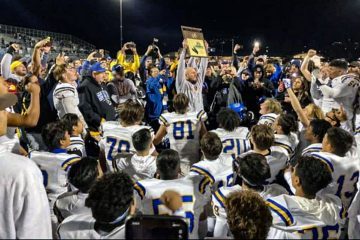 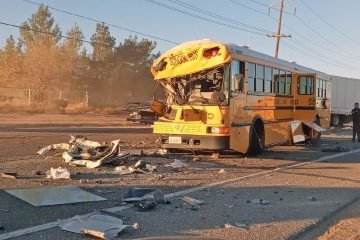 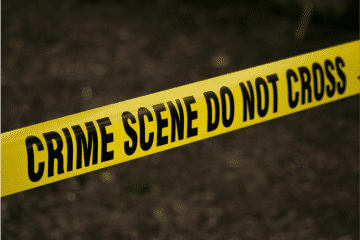