Cool Sounds From Fire On The Mountain  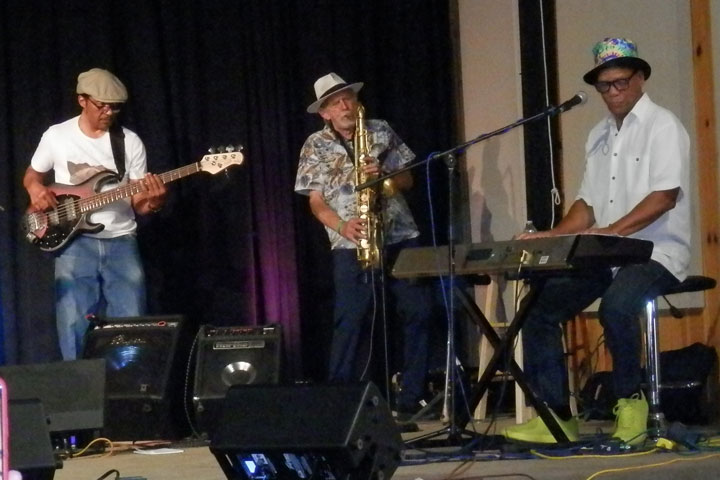 “Fire On The Mountain,” presented by The Wrightwood Blues Society Saturday, July 30th, 2022, set the stage for an afternoon of Blues, Rock, Folk, and Reggae music. Center Stage Productions and The Wrightwood place provided a splendid arena for an afternoon of harmony and melody. Given the recent lapse in concert-going events, a new army of music aficionados is poised and ready for live music! Ready for the crowd was Michael Joussen, event coordinator and all-around go-to guy, who was guiding cars into The Wrightwood Place public parking area. “We members of The Wrightwood Blues Society (WBS) and Center Stage Productions are here representing the love of music in the Wrightwood community.” Michael proclaimed.

Although the banner “Fire on the Mountain” seemed untimely given current fire conditions, this Wrightwood Place music festival appeared to quench all concerns. From Reggae to Rock, all listeners imbibed in a kaleidoscope of musical tastes. With proceeds going to C.E.R.T. (Community Emergency Response Team) and members of the U.S. Forest Service on hand showing support, the volunteers at the C.E.R.T. sign-up table happily greeted the audience as they entered the one-time house of worship. With soundcheck over, the musicians were primping in the green room (backstage), all tuned and ready to perform. First up, “The Dogs.”

With The Dogs sounding more like a well-crafted seven-piece band, this foursome deserves a name more worthy than a pedigree. With a great song list, The Dogs easily dispatched Steely Dan and Traffic favorites like “The Low Sparks of The High Heeled Boys” and “Aja.” These Guys are no slouch. With Matt Snyder on the keys, Dave Catron bass, guitarist Frank Hansen, and drummer Steve Sturges, this quartet from Clairmont totally satisfied that seventies craving for some classy Rock and Roll.
As The Dogs packed up their gear for another gig in Redlands, Windy Ridge was on stage testing microphones for a proper mix. The three-guitar vocal group performed a folk music medley of tunes from artists such as John Prine and Merle Haggard. Guitarist/singer Walter Foley, with an amazing vibrato effect on his “Frankenstein” Stratocaster electric guitar, calls Windy Ridge “a mix of Country and Folk music.” Singer Michelle Schneider with her beautiful voice, and guitarist/singer Terry Bottorff rounded out the trio.

Mystic Mountain, featuring Gayle Dowling on lead vocals, Adam and Teresa Webster on harmonies, Jeff Jacobs on bass, Grant Burkitt on electric guitar, and Andy Laich on drums, performed their smooth sounds to a welcoming crowd. Invitations to join the band onstage were welcome, with many visiting musicians participating in the show. When asked about performing in the Fire on the Mountain concert series, bass player Jeff Jacobs replied, “I am really stoked to be playing here at The Wrightwood Place.”
The Greg Jones Band was up next with its tasty Rhythm and Blues arrangements. Playing a selection of tunes from “Leave a Little Love Behind,” one of the last works from the late Terry “Big T” De Rouen, The Greg Jones Band played with a respectful sincerity in honor of the legendary Blues guitarist. With Tobie and Irwin Williams providing the rhythm section, Grant Burkett once again on the Les Paul, Greg Jones on keyboards and lead vocals, and an amazing saxophone player John Burcher, this band had the audience dancing in the aisles!

Gayle Live featuring Gayle Dowling on lead vocals featured a collaboration of talent from the musicians in the room. Richard Leach, the guitarist of “The Leach and Basslines project, stated, “It is great that all the musicians are getting together, spreading their love and music while helping our first response teams!” A true testament to the versatility of the players in the community, The Chucks, with their foot-tapping country sounds, also had the crowd on their feet. Capping off the evening with some smooth Reggae was the Basslines and Leach Project performing Rasta greats by Gary Isaak’s and Barry Byrd.
The Wrightwood Blues Society and Center Stage Productions successfully presented a musical showcase of diversity and talent, with variety being the spice of life. With proceeds going to C.E.R.T., the musicians playing their hearts out, and the fans enjoying themselves, Fire On The Mountain was a win-win for all. 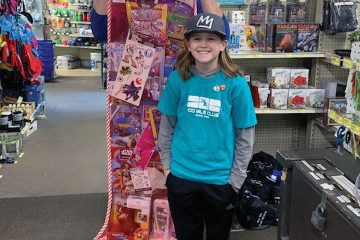